The Spanish company LladrĂ³ is famous for its porcelain figurines of people and animals. LladrĂ³ is founded in 1953 by three brothers and they started out by making ceramic vases and jugs. In 1956 LladrĂ³ starts making figurines and they quickly gain popularity. The company expands and in 1969 there are over 2000 employees working for the factory. Lladro figurines are designed by a team of designers including Antonio Ramos, Fulgencio Garcia, Francisco Polope, JosĂ© Puche, Juan Huerta, Julio FernĂ¡ndez, Regino Torrijos, Salvador Debon, Salvador FuriĂ³ and Vicente Martinez. A specific series within LladrĂ³ is Nao by LladrĂ³, this series goes back to the origins of the figurines. Worldwide, there are many LladrĂ³ collectors and some figurines can be very very valuable. In a large extent this depends on the rarity of the figurine, the early LladrĂ³ figurines are very popular, as well as the figurines that were only sold to members. Since there were not so many members in the early years, these can be extremely rare. LladrĂ³ also makes larger limited editions figurines or better sculptures and the selling price of these is already high. Over the years, the price often increases. At art and antiques auctions you regularly come across a LladrĂ³ figurine, often the ones that are made in mass but sometimes there are rare figurines in auction.
- advertisement -

These are all LladrĂ³ lots that we have found at the auction houses we are currently working with. We have been looking for a matching description so sometimes you might find more interesting lots when you use an alternative or less exact description.Use the search function to find other interesting upcoming auction lots. 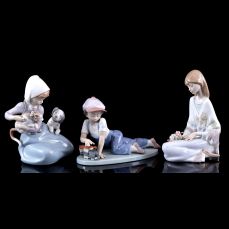 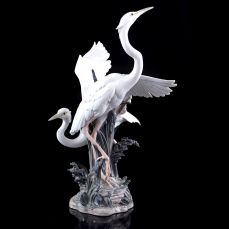 These are some of the LladrĂ³ lots that are sold in previous auctions.